Art Deco architecture appeared in Amarillo in the 1930’s. The Sante Fe Building, one of the oldest buildings in Amarillo, was completed in 1930 at a cost of $1.5 million. During the excavation for the basement of the building in 1928, the remains of an American Mammoth were discovered and moved to The Panhandle Plains Historical Museum in Canyon, just south of Amarillo. 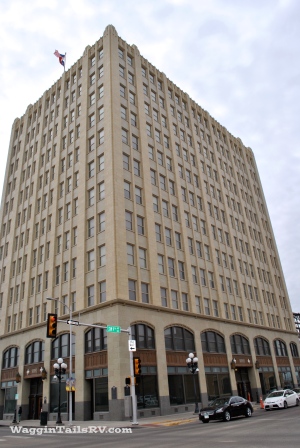 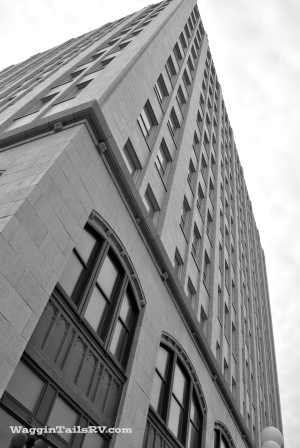 I chose monochrome for the upward POV and darkened the contrast a bit to highlight the details of the window design on the 2nd floor.

The Potter County Court House, also an Art Deco styled building, was completed in 1932 at a cost of $315,000. It exhibits step massing from its entrance pavilion to the top of the central tower. 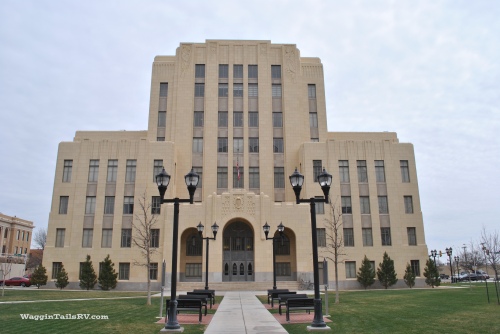 The Paramount Theater was also completed in 1032 and showed first run movies until the mid 1970’s when multi-screen theaters became popular. It was gutted and converted to office space. Today it is home to Rain Premier Sushi Bar Lounge. 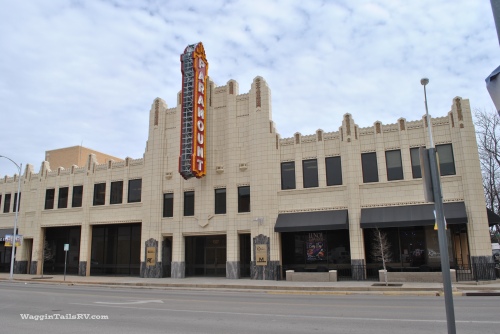 While the interior has changed with the times, the exterior remains as well-preserved example to Art Deco architectural design from the 1930’s.

Hope you enjoyed the tour. Thanks for stopping by, y’all come back now.